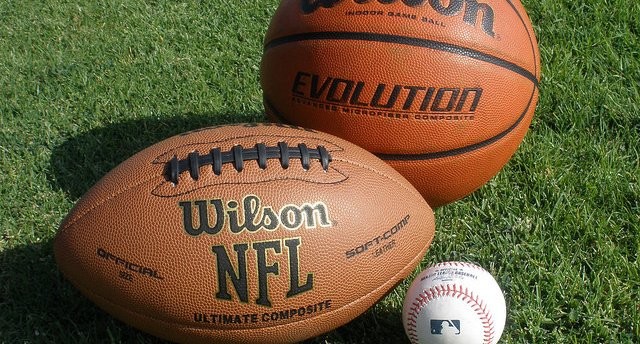 The baseball World Series is reaching its climax. The Chicago Cubs are trying to break a 100 plus year drought against the Cleveland Indians who are suffering their own drought of about half that time. What better time to recognize how pervasive sports vernacular is in the American business world?

I have lived and worked in the US for the past 20 plus years and still find myself occasionally learning a new colloquialism that I was hitherto unaware of*. At Glenborn, we represent a lot of foreign HQd startups and often give them advice on the subtleties of hiring in the US market. I wrote a fuller blog post on some of the other things to look out for when moving to the states. One of those subtleties for startups coming to the US is learning how people communicate differently here and they soon realize that sports terminology is heavily present in regular business conversations.

I therefore, thought it would be useful to give a quick primer to those starting to do business in the USA. That way the next time someone throws you a curveball of a sports expression out of left field in a meeting you won’t have to fumble your answer and can improve your batting average of being a better communicator. I guarantee I have left loads of expressions out below so feel free to add a few add extras in the comments…..

(hitting a) Home Run – A great achievement. In baseball, when a batter hits the ball past the boundaries scoring at least a run (and more if teammates are on the other bases.

(hitting a) single – Getting to the goal slowing by taking the first step to get there. In baseball literally reaching the first of 4 bases when batting.

Covering the bases – Make sure you have all angles covered . In baseball, this is more defensive but in business, it more means being prepared.

Bases loaded – when everything is teeed up for success. In baseball, if the batter hits a home run while his teammates are already on bases 1, 2 and 3 you can get 4 runs in one go.

(coming out of…) Left field – When something comes out of nowhere / an unexpected event.

Batting average….how you are performing. Literally your overall hitting percentage as a batter.

Hitting it out of the park…. A fantastic achievement that goes beyond what was required. In baseball, literally hitting a home run beyond the stands and into the car park

Three strikes (and you are out) – generally given as a warning and the “out” bit in business generally means being fired (!)

Quarterback – Can be a noun but often used as a verb in business settings. “Can you quarterback this?” means “Can you take the lead on this?”

Huddle – a gathering to discuss tactics right before executing them.

Punt – Fob it off / avoid the issue / passing the buck on to someone else. I’ll take a punt on that.

(that’s a…) Slam dunk – Inevitable thing with a good result

Beat the buzzer….Do something just in time.

Full court press – where you defend every possible position, everywhere

Lay up – an easy approach to getting ahead without taking much risk.

Powerplay – when someone has an unfair advantage or has the odds in their favor.

(take the) Gloves off – time to start fighting dirty. Questionable whether this came from Boxing or Ice hockey but the gloves generally come off in an ice hockey brawl.

Wresting (as in WWF/ WWE not the real stuff)

Tag-team – when you collaborate on something, sometimes sequentially. “Let’s you and I tag-team on this project”

Cage match – when you need to go into a room and duke it out till the situation is resolved. ” Sounds like we need a cage match to get this issue sorted” Important Historical footnote for Millenial readers – this started with WWF, not Mixed martial Arts!

Rookie – a first-year professional in sports. In business, a Rookie is basically an inexperienced person.

Assist – used as a noun, an assist is when you tee something up for someone else to capitalize on / you were instrumental in a win. “Thanks for the assist, buddy!”

Scrimmage – a friendly game (I think – another one, like doozy below, where I don’t have the confidence to use properly!)

*Funnily enough, Barn Burner was a phrase that that I literally only learned today!!!

Not always sports-related but occasionally used related to sports

Doozy – something outstanding or unique of its kind – can be good or bad. Given that massive range of ambiguity, I literally have no confidence in using this expression and always am thrown off by it every time I hear it! Still not sure when to use it.

So that’s it for my primer. If you are ready for the Big Leagues and want to take advantage of the great opportunities in the US, don’t make a rookie mistake – hire the pros at Glenborn to help you find the right sales professionals to get you there. Anything else is a Hail mary!